I recently had the opportunity to preview the new CD recorded by master flamenco guitarist Esaú Galván. The selection of pieces for this collection is put together with care. The listening experience is relaxed and dreamy yet full of captivating surprises. The classic Spanish Asturias by Isaac Albeniz begins with the soft rhythm of cajón and palmas as Esaú builds with a tremolo that is delightful as well as disarming as the listener is searching for that second guitar he thinks he hears. It then falls back to a more melancholy theme only to build again at the finale. It is enchanting. Recuerdos de la Alhambra once again brings the beholder into a world of Moorish arches, redolent with scents of orange and pomegranate. Esau's mastery of the tremolo technique makes this piece breathtaking. Livelier pieces like El Vito and Panaderos add a brightness that Tico Tico brings to a spirited climax at the end. The entire collection warrants close listening while it also can be enjoyed as a soft background to an intimate evening or a quiet afternoon with a great book. Great Christmas gift!

Esaú began his musical career at a young age studying under maestros of classical guitar. The world-famous guitarist Wolfgang Lobo Fink inspired him to pursue Flamenco. After completing his university studies in music, he traveled to Spain, where he studied with maestros at a prestigious school in Madrid. He currently plays solo and with his group Tatewari with whom he has recorded 4 CDs. He recently played many concerts and recorded CDs of improvised flamenco guitar with his mentor, Wolfgang Lobo Fink. This solo CD is a first and undoubtedly inspired piece of work.
​
Esau will perform with Tatewari at the Bahia World Music Festival held on December 7 and 8 at Oscar's Tequila Distillery on the River Cuale Island. He also performs Mondays with the group at Cuates y Cuetes. Tatewari is celebrating its 13th anniversary at concerts in both La Cruz de Huanacaxtle and Puerto Vallarta. See my website calendar for details. vallartasounds.com
Review of Tatewari CD number 4 released Fall 2018!

Tatewari, the group made up of three childhood friends from the seaside town of La Cruz de Huanacaxtle, Nayarit:  Esaú Galván, Albert “Mimi” Ramírez and Dani Márquez, along with Canadian friend Sonny Davis, proudly announces their new cd which was released in the Winter of 2018.

This is an entirely new collection consisting of 8 original compositions by Esaú Galván, each member of the group contributing his grain of sand with ravishing results.  The themes are spontaneous and natural, illustrating the maturity of the group as they have grown and evolved together.  The sounds are fresh and the whole speaks to us of love—the love of life and the natural beauty of the landscapes, the sea, the ports, and other areas of the Banderas Bay. In this music every note counts to bring the listener closer to the magic of it's splendor. The number Al Fausto is a work of joy written for Esaú’s young son.

The group benefits from the opportunity to record their music in the relaxed comfort of Dani Márquez’ Groove House Studio.  There they are able to record without the usual restraints of time or of strangers applying pressure that might curb their creativity. The entire process is more personal, a true work of love and the final result is stunning.  After the first rounds of recording and mixing, the music moves on to Rigoberto Mora who gives it a final touch before printing.

Tatewari invited several friends to take part in the music for the new cd. Diego Mateo provides Jaleos, Animacion and Palmas.  Charlie Peña from Guadalajara plays the jazz flute for the theme La Lancha.  Luis Rascón plays an elegant cello for Al Fausto.  Gary Flores adds cajón and drums for several numbers.  Silvia Basurto adds Palmas to the tangos.
​
In some mysterious way music positively affects our lives. We expect this new collection will inspire and uplift the listener as it has for the members of Tatewari.
Link to all CDs: Tatewarimusic.com
CD's Recorded with Wolfgang "Lobo" Fink 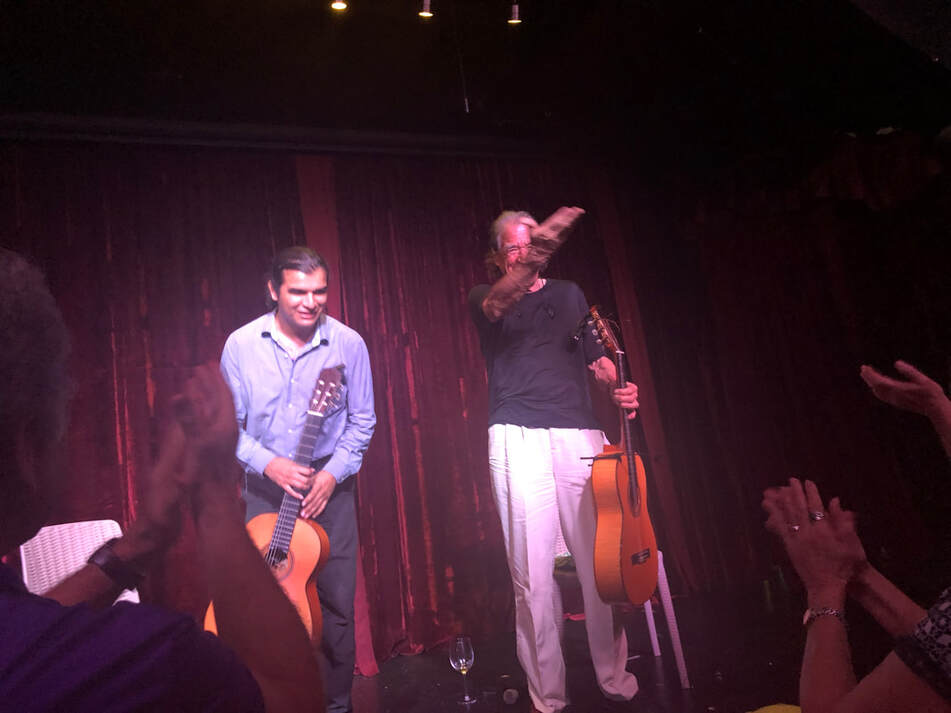